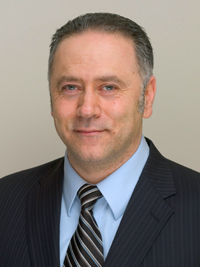 Dr. Simman is the founding president and chair of the American Board of Wound Medicine and Surgery, past president of the American College of Clinical Wound Specialists (ACCWS), current editor in chief of the journal of the college and sits on the editorial review board of the Annals of Plastic Surgery. President and Founding Chair of Simman Wound Care and Fellowships.org He is clinical Professor at the department of Pharmacology and Toxicology and Dermatology at Wright State University Boonshoft School of Medicine in Dayton, Ohio, Clinical Professor of Surgery at the University of Toledo.

His background includes training in General Surgery at St. Luke’s-Roosevelt Hospital Center, Columbia University in New York, NY and a Plastic Surgery residency at Providence Hospital and Medical Centers in Southfield.. In addition, he completed a Burn Fellowship followed by a Research Fellowship at the State University of New York at Stony Brook.

He has published over 110 peer-reviewed papers, abstracts, letters and book chapters. 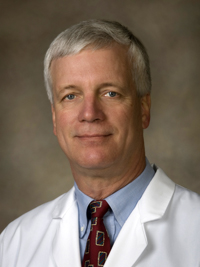 Following completion of Family Practice residency in 1988, Dr. Ruotsi entered a career in Family Practice and Emergency Medicine. In 2000 he became interested in wound care and hyperbaric medicine and devoted the subsequent years to training and program development in these disciplines.

Dr. Ruotsi presently devotes all of his clinical time to the practice of wound care with a special interest in hyperbaric medicine. He serves as the Medical Director of the Catholic Health Advanced Wound Healing Centers in Buffalo, NY, overseeing two large outpatient wound care and hyperbaric medicine centers as well as in-patient wound care services for the 4 hospital, 1200 bed system. He is a Clinical Assistant Professor of Medicine at The State University of New York at Buffalo School of Medicine. He lectures regularly to residents and medical students and has been instrumental in curriculum development for wound care training in the Family Practice, Internal Medicine and Podiatric residency programs. In addition to being board certified in both Family Practice and Undersea and Hyperbaric Medicine, Dr. Ruotsi is a Certified Wound Specialist. He is committed to community education as well as regional limb preservation efforts as it relates to diabetes and PAD. 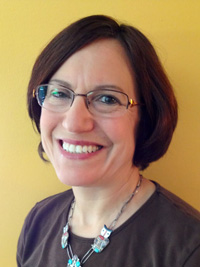 In 1993, after her own diagnosis of breast cancer, she became interested in the care of patients with lymphedema and started the Lymphedema Program at United Hospital. As the lymphatics are part of the vascular system, she engaged in the care of other forms of swelling, including venous stasis, dependent edema, PAD and the often concomitant chronic wound care. She moved to an outpatient wound care clinic. This is now the HealthEast Vascular Center. Working in this multidisciplinary setting, she integrates PM&R techniques in wound care. She incorporates exercise, pain control, range of motion, offloading, gait mechanics, orthotics and prosthetics, compression garments and pump use, along with lymphatic/swelling therapeutic control techniques to not only heal wounds, but also to increase overall function and decrease the risk of recurrent ulceration. She has been practicing wound care for over 10 years.

She is now the Medical Advisor for the HealthEast Lymphedema Program and is on the Board of Directors for the Minnesota Women Physicians and the Dragon Divas, a competitive dragon boat racing team for breast cancer survivors, serving as their Medical Advisor. She has been a reviewer for the Archives of Physical Medicine and Rehabilitation. She is an instructor in the HealthEast Family Practice Residency Program. She has contributed to multiple medical publications and lectures regularly to medical residents, medical staff and public groups. 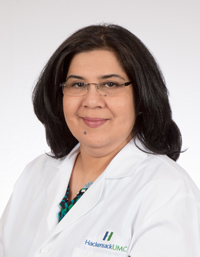 Rummana Aslam, MD is the Chief of the Division of Wound Care at Hackensack University Medical Center (HUMC), New Jersey. She initiated a new wound center and wound division at HUMC in 2013 and under her leadership it has grown into an academic division of excellence, providing outcome based clinical care, comprehensive wound education and conducting cutting edge research. In 2013 she created and established a 1-2 year fellowship program in wound healing which provides education and training in the full spectrum of care of patients with complex non healing wounds seen in a university hospital setting. She is the program director of the fellowship. She is board certified in Physical Medicine and Rehabilitation and is a clinical assistant professor in the department of PM&R at Rutgers New Jersey Medical School.

Dr. Aslam began a distinguished career in wound healing after attending residencies in surgery (3 years) and PM&R (3 years) followed by extensive fellowships in Academic training in Trauma and Burns at the University of California San Francisco and in Surgical Critical Care at the Johns Hopkins School of Medicine, Baltimore. During that time Dr. Aslam served as an expert panel member for the National Institute of Health participating in writing the guidelines for the prevention and treatment of pressure ulcers, venous ulcers and arterial ulcers which were published in the December 2006 and April 2008 issues of the Wound Repair and Regeneration journal. She has published widely in peer reviewed journals and has been an invited guest speaker nationally and internationally. Dr Aslam’s research focuses on the biochemistry of wound inflammation and role of oxygen in wound healing and she is currently the principal investigator in multiple research trials. She has mentored more than 300 doctors and has logged thousands of hours teaching residents, medical students and nursing students an extensive curriculum in wound healing. 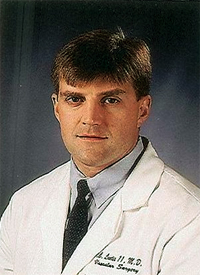 Dr. Lantis currently serves both roles in the Department of Surgery, where he is a Senior Attending Surgeon as well as being an Associate Clinical Professor of Surgery at Columbia University. In addition to an extensive lower limb practice, his clinical practice includes: endovascular and open limb salvage, with a multi-disciplinary approach to wound closure and limb preservation, carotid artery surgery, endovascular abdominal and thoracic aneurysm repair. He has a strong interest in the pathophysiology of lower limb ulceration chronic venous disease and its minimally invasive treatment. He is published in such journals as: Journal of Vascular Surgery, WOUNDS, Diabetes Care and Annals of Vascular Surgery. He currently sits on the editorial board of WOUNDS, and is a reviewer for Annals of Vascular Surgery. He has been the principal investigator on more than 30 multi-center and single center chronic wound trials which have se explored the roles of treatments for wound closure; including negative pressure wound therapy, growth factors, and skin substitutes. Dr. Lantis lectures extensively nationally and internationally on the role of the active agents in the treatment of chronic wound and the importance of the management of bioburden in limb salvage. 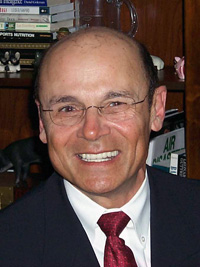 Dr. Caprini has authored or co-authored more than 365 articles, book chapters and abstracts and has presented more than 1485 lectures and 90 exhibits on the study and treatment of venous thromboembolism, venous insufficiency, and related topics. His articles are published in Journal of Thrombosis and Thrombolysis, Archives of Internal Medicine, Journal of Arthroplasty, and Journal of Vascular Surgery to name a few. He serves on the editorial board or as a reviewer for Journal of Vascular Surgery, European Journal of Vascular and Endovascular Surgery, Phlebology, and Journal of Blood Coagulation and Fibrinolysis, among others. He is a member of many societies, including the International Society on Thrombosis and Haemostasis and the American Venous Forum, where he served as President 2009-2010. He is also a member of the Society for Vascular Surgery, where he is a Distinguished Fellow. He is a Founding Member and the first Honorary Fellow of the European Venous Forum, a Fellow of the American College of Surgeons, a member of the American Society of Hematology, and a founding member and Trustee of the International Surgical Thrombosis Forum. Dr. Caprini has received numerous honors and awards, among which are the Schweppe Foundation Career Development Award and the Coon Fellowship. 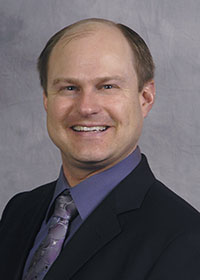 Dr. Heyboer is actively involved in clinical research in the areas of hyperbaric medicine and wound care. He has presented his research at multiple national conferences. He is published in national journals including Undersea and Hyperbaric Medicine Journal and Annals of Emergency Medicine. 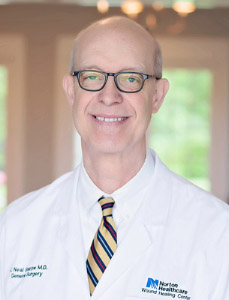 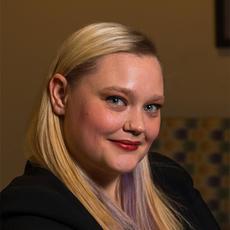 Dr. Jill Eysaman-Walker completed her Family Medicine residency at Sisters of Charity Hospital in Buffalo, NY.  She went on to be the inaugural fellow in the Catholic Health Wound Care Fellowship.  This fellowship is the first of its kind in the state of New York.  Dr. Eysaman-Walker currently serves as medical director at the Advanced Wound Healing Centers and the Center for Wound Healing and Hyperbaric Medicine in Buffalo, NY.  She is the program director of the Catholic Health Wound Care Fellowship Program.  In addition to her ABWMS certification, she is certified as a Wound Specialist (CWS-P) and holds a board certification in Family Medicine through the American Osteopathic Board of Family Practitioners (AOBFP).  She is a clinical adjunctive faculty for the Lake Erie College of Osteopathic Medicine as well as the State University of New York at Buffalo.  She is an instructor and preceptor for medical, nursing and physical therapy students as well as residents and fellows in the family medicine, podiatry and vascular surgery programs in the Catholic Health System.  She has written a series of articles detailing her experiences as a Wound Care Fellow that were published in Today’s Wound Clinic.  Dr. Eysaman-Walker lives in Tonawanda, NY with her husband, two small children and beloved Rottweiler, Moose.  She enjoys skiing, reading and spending time with her family.

Dr. Mostow is the Professor and Chair of the Dermatology Section (Department of Internal Medicine) at Northeast Ohio Medical University (NEOMED).  He also holds Clinical Faculty appointments at Case Western and Ohio State Dermatology Programs. His dermatology training was at the University of Michigan-Ann Arbor from 1989-92, then he did a year on faculty at the University of Pittsburgh where he developed what has become a longstanding interest in wound care.  From that he became a founding member of the Wound Healing Clinic at Akron General Medical Center (now Cleveland Clinic Akron General) where a true multidisciplinary team (dermatology, orthopedic surgery, plastic surgery) operated an exceptional independent clinic for many years.   He continues involvement in wound care, but spends most of his clinical time now as the President of Akron Dermatology (www.akronderm.com), serving the Akron, Ohio regional community for 27 years.  NEOMED and other faculty appointments has given him the opportunity to mentor and teach many students and he has a genuine passion for excellence in medical education, prevention of errors in medicine, and medical ethics.  Most importantly, he is lucky enough to be married to Michelle with whom they enjoy their 3 “kids”, Jackie, Daniella and Noah.  As a family they believe in experiences and enjoy music, friends, art, paddling, travel and good people. 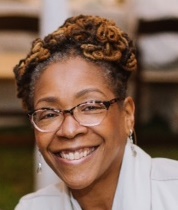 Dr. Sharon Henry is the Anne Scalea Professor of Trauma Surgery at the University of Maryland School of Medicine, is a trauma surgeon at the R Adams Cowley Shock Trauma Center. Dr. Henry came to the University of Maryland School Of Medicine and the R Adams Cowley Shock Trauma Center in1997, where she is currently an attending trauma surgeon/intensivist and director of the Center’s Division of Wound Healing and Metabolism. Dr. Henry received a Bachelor of Arts degree in 1981 at Duke University in Durham, North Carolina. She then returned to Maryland to attend medical school and received her medical degree from the University of Maryland School of Medicine in 1985. Her residency training was at State University of New York’s Health Science Center at Brooklyn where she began her academic career after completing a critical care fellowship at the University of Minnesota. After joining the faculty at the R A Cowley shock trauma center, in addition to her duties and interests in injury care she was named the chief of the division of wound healing and metabolism service.  Dr. Henry has been active in the Maryland Committee on Trauma serving as chair from 2004-2010.  She served on the ACS central COT and was chair of the ATLS subcommittee 2013-2018.  She is currently the ATLS global program chair.  She was on the board of managers of the AAST from 2017-2021 and was a part of the senior visiting surgeon program in 2009 to Landstuhl Germany.  She is also a member of the federal Trauma critical care team and serves on the Disaster committee of the AAST.